So this may be my last post from Vietnam. I have a lot more stories to tell about Vietnam, but if I wrote about things as they happened they would have to stop happening so fast.

At one point I was going to spend more time here, but the road calls. I’ve made some good friends, I’ve seen a large chunk of the country, or at least the major cities. So I wouldn’t call it “explored” but I did get a bit of a handle on it. It was life-changing, but something tells me to get moving again. It’s the same feeling that got me in the position that led to the people who got me to Vietnam, and so I can’t find fault with it.

I have no solid plans yet.

Right now I’m down to two days left before I fly to Taiwan at 1:30 in the morning. I’m going to spend about 31 hours traveling, but since I’m going East that means that I will somehow arrive the same day I left. Time’s weird. To illustrate, somehow just acknowledging when I’m leaving has spend the last couple of days up to a blinding speed. I’m at the point of arranging taxis and doing pre-trip laundry but I don’t want to speed it up any more. That soul-clenching feeling of impending loss is hitting and I’m not sure why I have such a strong physiological response to leaving. But I have to go.

In more positive notes, I may have found a new way I would like to spend my eventual dotage. My friend Linh, who I will tell you all about more later, took me to a cafe that an old friend of hers runs. It’s simply called Guitar Cafe. 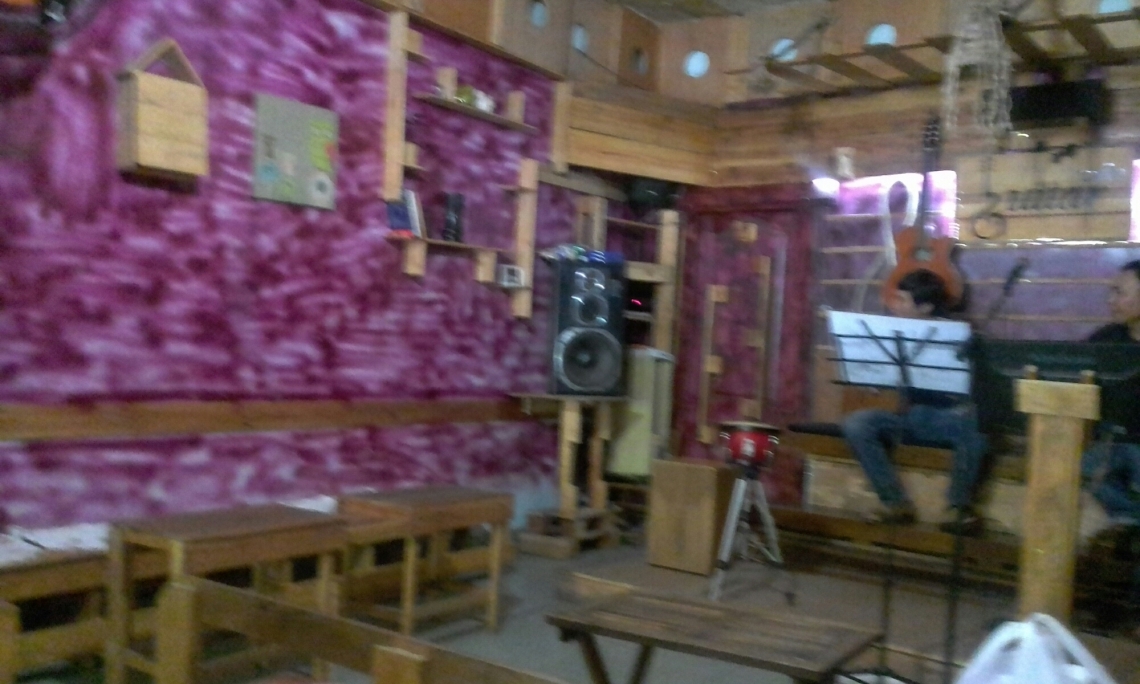 Apparently my lack of photography talent was strong that day. All of my pictures are slightly off and blurry. *grumble* 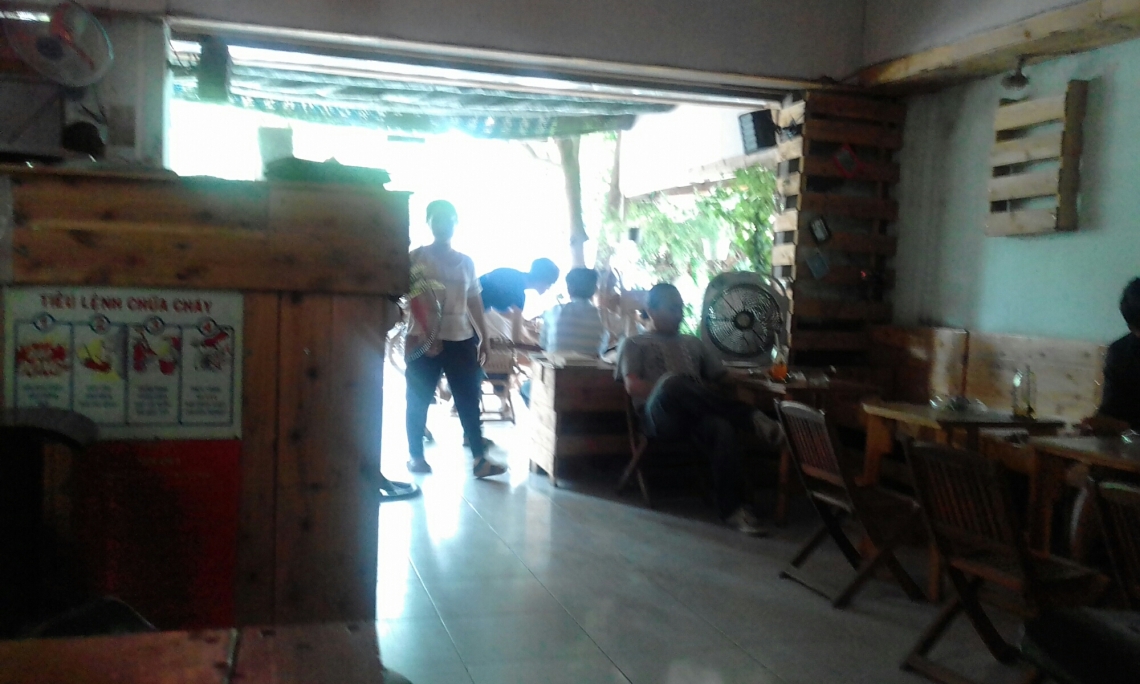 I didn’t even get any pictures of the walls of guitars that were just sitting around for people to play. 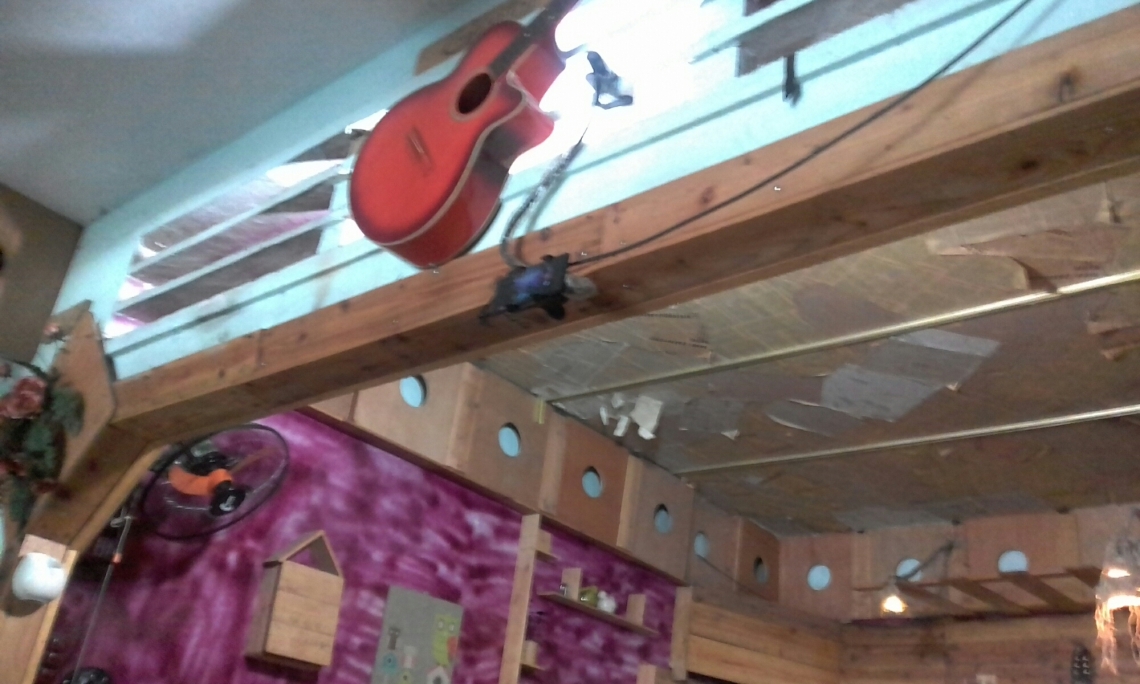 Anyway the basic idea is that it is a coffee shop with a stage, but also it’s full of spare guitars that people just pick up and play. The staff all take turns playing stuff, the owner is constantly passing people guitars, people bring their own or borrow the ones off the walls. There are assorted drums and…those box drum things…all over the place. And the mic is always hot. Me and Linh spent two hours there listening to a rotating group of three flamenco players playing everything from the most groovy version of Fur Elise I’ve ever heard to a flamenco medley of Careless Whisper and Hotel California. It was…amazing.

On top of all the guitar stuff, behind the stage was a small school room where they had kids doing English and other classes. There were a couple tables with people playing chess (at least I think it was chess, it used flat versions of the pieces and the rules seemed different), and out front on the porch there were two or three families that were having breakfast. The whole scene was just fantastic.

So yeah, when I’m old, I’m just going to own a guitar cafe and spend all day surrounded by friends, family, and music.

Also, they served really good Irish Coffee. I’ll make sure I have that too.

Some paltroon in designer brogues just spent ten minutes staring at me. I have no idea why.

Anyway so I find myself on another precipice, hopefully at the bottom of this one there are burritos and root beer. Neither of which exist here and the place is poorer for it. 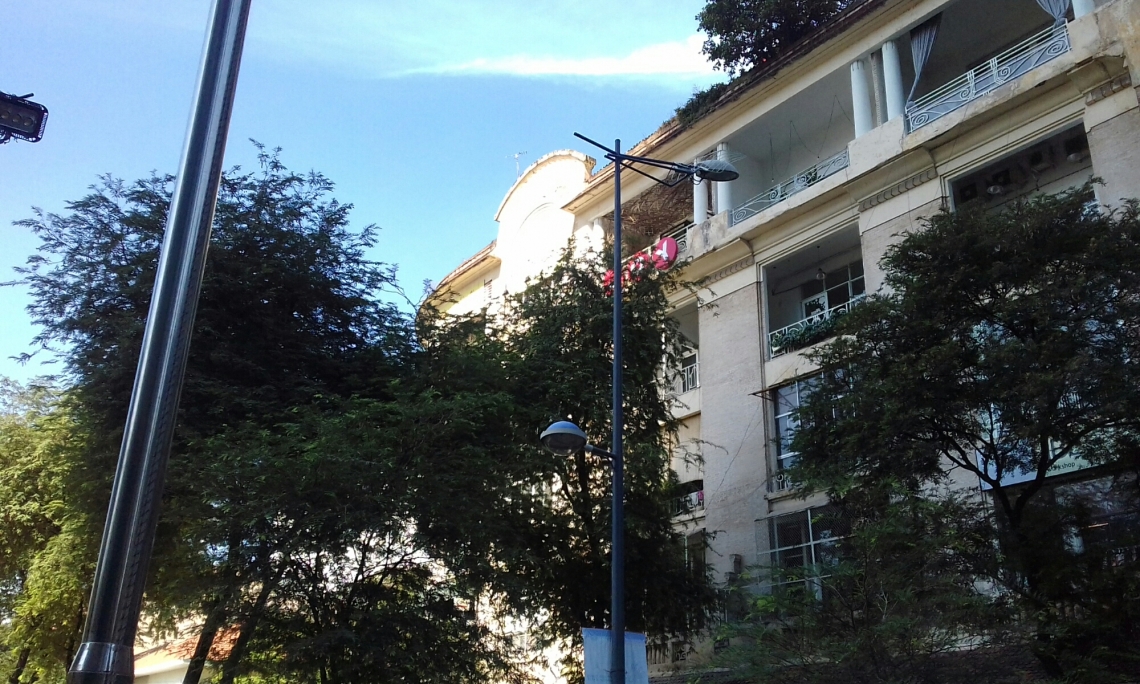 I’m going to miss Vietnam. Another friend (whose name I cannot with confidence spell) asked me if I will come back, and I answered “Of course!” immediately, so I guess that’s decided. I also was told that my first published novel must get a Vietnamese translation. I do hope to maintain connections here. Facebook might help and therefore justify my account, but I do hope that I can keep a bit more than an occasional notification’s worth of contact.

On the topic of what I’m doing next, I’m currently taking suggestions. Does anyone have any info on working on cruise ships? I’d like to do something on the sea.

That’s it for me, I have banh my to buy. Strap yourself in before others and hold on to your friends. Things only get weirder from here.

View all posts by wheeleyme